QLED (Quantum Dot Light Emitting Diodes) refers to quantum dots named by Yale University Mark Rid. It specifically refers to some semiconductor nanocrystals that cannot be seen by naked eyes. In general, quantum dots are combined with zinc, cadmium, selenium, and sulfur atoms. It is a particle having a particle diameter below 10 nm. If it is made into a quantum dot layer, the layer is placed in a backlight module of the liquid crystal display (LCD). This makes it possible to reduce the color crosstalk of backlight luminance and RGB color filter (CROSS TALK), which is better than the advantage of lifting the display color gamut. Applications of this method are also used in white light, blue, or ultraviolet (UV) organic light-emitting diodes (OLED) display or television devices with color filter design.

What are the advantages of QLED?

Although the non-planar display has been promoted, most commercial displays are mostly curved, and their shape cannot be changed. Next-generation displays should be displayed in various forms.

In the study of the next-generation display, the main technical objectives are LEDs with mechanical deformation capability and excellent device performance. The brightness of the inorganic LEDs is high (106 ~ 108 cd m-2) and the high-level voltage is low (<2V), which has been used to develop flexible LED arrays. However, its active layer thickness (micron) and fragile disadvantages limit their flexibility, and the point array design cannot achieve high resolution.

The characteristics of QLEDs are excellent color purity (FWHM 30 nm), high brightness (up to 200,000 CD M 2), low operating voltage (opening voltage <2V), and easy processing. The thermal stability and air stability of inorganic quantum dots (QDS) can enhance the life and durability of the display.

In 1983, the Scientists in Bell Labs in the United States first studied QLEDs, but "forgot" to give it a name. After years, the physicist Mark Rid, Yale University, officially named this semiconductor microcontroller "Quantum dots "and use it so far.

Quantum dot has an unusual characteristic: Whenever by light or electrical stimulation, quantum dots will be issued colored light. Light color and size determine the shape of the constituent material of the quantum dots. This feature enables quantum points to change the light color from the light source.

Notably, the blue quantum dot LED light source can be completely converted to white light, rather than the YAG phosphor that absorbs a part only. This means that under the same light bulb brightness, the blue light required for quantum point LED lights are less, and the electric power required in electro-optical conversion is less. More efficient performance makes it better in energy conservation and emission reduction.

The QLED's work is as follows:

1. Electronic and holes are injected from the electrodes into the charge transport layer (CTLS);

2. Inject the carrier into the QDS from the CTLs;

3. Inject carriers in the QDS layer for radiation composite.

The performance and stability of QLEDs depend to a large extent on the choice of CTL material. Good CTLs should have high carrier mobility and can balance electronic / hole injection.

Since the structure I is very simple, it is first used in the QLEDS device. However, because there is no ETLS, and the physical separation of QDS and CTLs is difficult to control, the electronic injection is difficult to control, the leakage current is large so that the maximum brightness of the device is only 100 Cd m-2, EQE <0.01%. In order to solve these problems, structural II is proposed, so that the QD layer is sandwiched between the organic HTLS and ETLs to form a sandwich structure. The earliest structure II device peak EQE is 0.5% and has been increased to 6%.

Inorganic CTLS (Structure III) has high electrical conductivity and environmental stability (such as oxygen-resistant moisture). Early, the QD layer is sandwiched between the P-type and N-type GaN (EQE <0.01%). Later, the QLLDS of all inorganic CTLs composed of metal oxides such as ZnO, SnO2, ZnS, NIO, and WO3 occurred. These devices exhibit strong stability under long-term use and high current density conditions, which is extremely advantageous for future flexible display applications.

However, due to the degradation of QDS during the harsh deposition of the inorganic layer, the overall equipment performance is poor. This type (IV) structure (usually organic HTLS and inorganic ETLS) is developed in order to use the advantages of inorganic and organic CTLs. Despite the initial work, their performance did not increase significantly (0.2% of EQE), but the ZnO nanoparticles were introduced into ETLs as an important breakthrough. Even in the form of nanoparticles, ZnO also exhibits good electron migration capabilities. When these nanoparticles are introduced into the device, the QD layer of the underlying layer does not undermine significantly.

At present, due to the excellent performance of ZnO nanoparticles, it has become a standard for QLED research, including flexible devices. Another important advantage of these devices is the ultra-thin overall layer (hundreds of nanometers), which makes them suitable for flexible displays. For example, a recent study showed that the total thickness of such a highly deformable wearable luminescent diode is less than 3 μm, including device components and a double layer package layer.

The quantum dot of QLED is susceptible to the disadvantage of heat and moisture, and cannot achieve the same vapor deposition method as self-exhibiting OLED. So we can only develop an inkjet printing process. QLED technology is still in its initial stage. There is a constraint between reliability/efficiency, unstable blue component is unstable, and has difficult solutions. The industry believes that at least 10 years ago at least 10 years. 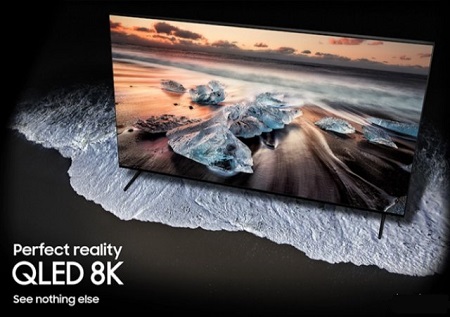 The "QLED TV" that has already begun is a quantum dot liquid crystal TV with backlight illuminating, which is not called a real QLLD TV (self-luminous). It just adds the quantum dot film on the LCD TV backlight to improve the color gamut. There is still a restriction on the inherent light leakage light, low contrast, poor viewing angle, and slow response speed, etc. 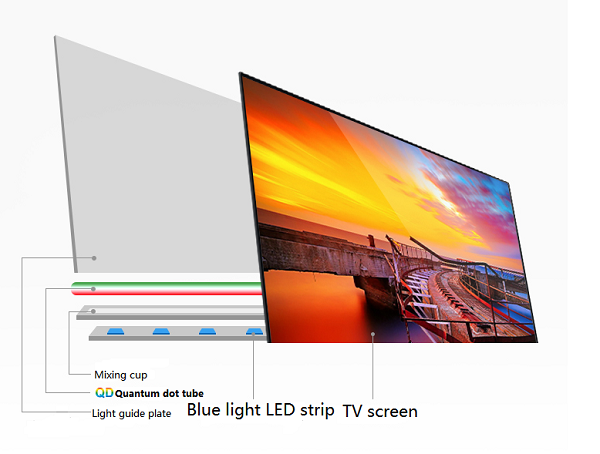 The QLED TV is a television product class with high color gamut, pure chromaticity, and color long. QLED TV is proposed by TCL, and the efficiency and life problem of red green blue three-primary quantum point material developed by QLED technology is broken by TCL.

The quantum dot material used by the QLED TV is an inorganic nanocrystalline, wherein the color gamut coverage rate is 157%, which shows the number of color numbers of 1 billion. QLED TV is 58.3% compared to the color purity of traditional TV. The QLED TV has a long-lasting amount of more than 600,000 hours due to inorganic nanocrystalline material. It is 2 times that of organic material life.

What is Vacuum Circuit Breaker?
What is Time Delay Relay?